The year 2016 is almost drawing to a close. Some of us have just had their New Year’s Eve turn to New Year, for others it is still a few hours away. Let’s look a back just a few minutes to see what 2016 brought onto the pages of Clone Corridor.

The Star Wars Community lost many people. To mention one is to forget way to many that also deserve mentioning. Yet this is the right place to start because it so much defined the last few days of 2016 and will have such an impact in the Star Wars that is still to come in 2017 and on.

This year we lost both Kenny Baker, the ‘man in the machine’ of R2D2 as well as Carrie Fisher, the heart and soul of Princess Leia. The characters will stay with us forever and every time we see them we will remember the people who originally shaped them. Every time we share Star Wars with each other, it reminds us of all those that have shared it with us in the past and that now do so from within The Force.

This year we were honoured to receive well over 24,500 visitors on our blog who accumulated just over 41,900 views of our posts. In term of visitors this means that we fell just a little short of 2015’s numbers that were 5% higher. However we are very happy with this final outcome for several reasons.

Clone Corridor 2016 was accompanied by big changes. Not only did Leonie Witte spend most of the year between London, Florida and Berlin but Juliane Witte moved from London to St Andrews and subsequently to Shanghai. The three of us found it a challenge to keep up the frequency of posting which we had achieved in 2015 and decided to strengthen our team. We were very fortunate to close 2016 with the addition of Darya Zakharova, Sean Chriscole and Ashley McIntosh to our crew. So we all feel very confident regarding 2017 and our ability to produce interesting, genuinely original and personal Clone Corridor content for you!

In 2015 we had two posts that dominated our statistics. First of all there was the  analysis of the prequel-bashing in the run-up to The Force Awakens that attracted well over 3000 readers.

But also our scoop regarding the role of Geraldine James in a future Star Wars film clocked in well over 8400 readers. The first of these remains a well-read post and is cited quite often in discussions on other sites. The scoop was delivered upon with Geraldine James’ appearance as a X-Wing pilot in Rogue One. Although something tells me there is more to our story and our impression she was cast for Episode VIII still holds. Possibly her cameo in Rogue One is simply to give her Episode VIII character some back story!

Just like in 2015 we again had a few posts that attracted a consistently high number of views across the year. Our best performing post in 2016 was about the well-known ‘I love you, I know’ scene with Han and Leia which was viewed well over 1300 times in 2016.

This post originates from 2015 and has now been viewed over 1800 times. Another post that attracted well over 1230 views focused on the Darth Vader of Star Wars Rebels. Interestingly the third post to cross the 1000 views boundary was the very first of our Forgotten Women of Star Wars series about Zam Wessel.

Although our Star Wars’ Forgotten Women series is quite popular among readers, the Scene-It series tops all our series with well over 4,500 views in 2016. However our best performing post that was written in 2016 was from the Star Wars Forgotten Women series, the instalment about Oola was read by well over 500 readers since it was published. In total the posts that we wrote in 2016 attracted some 7,000 views.

The year 2016 was a politically tumultuous, some might say calamitous, year. Practically all the Star Wars pages I visit frequently shy away from discussing or presenting political ‘readings’ of the Star Wars stories we love so dearly.

Clone Corridor is not afraid to start a debate or take a strong point of view. In fact we encourage all in our team to do just that. With so many events in the world begging for attention it will not be a surprise that we have written about the Brexit-referendum and Star Wars, about the Trump presidency and Star Wars, but also discussed how the stories in the star wars time line such as in the novel Catalyst rhyme with our current world affairs.

The year 2017 will be another interesting Star Wars year, with Episode VIII coming out, expect a trailer to drop within the next few months and an official title to be released probably before that. It will be bitter-sweet to continue the story of Rey, Finn, Poe and Kylo while at the same time savouring the last live-action performance of Carrie Fisher. 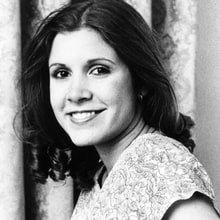 Yet the next Star Wars Story film will start shooting soon and hence while we submerge ourselves in Episode VIII news the news on the Han Solo film will drip in as well. It is an exciting time to be a Star Wars fan, not the least because the mid-season final of Star Wars Rebels offered a lot to speculate and write about as well. Rebels is taking us to a probably explosive and exciting conclusion of Season 3 with what looks like the much anticipated final showdown between Obi Wan and Darth Maul, but also the return of Saw Gererra to the animated universe and voiced by Forest Whitaker! I think the Rebels season 3 finale could match the outstanding Season 2 finale.

So much to look forward to! And no doubt the world of politics and global events will also give us plenty to write about from a Star Wars angle. We wish all of you a happy 2017 and hope to see many of you back as regular readers. And please share your thoughts with us in comments and Emails on this blogsite or on our Clone Corridor Facebook community! 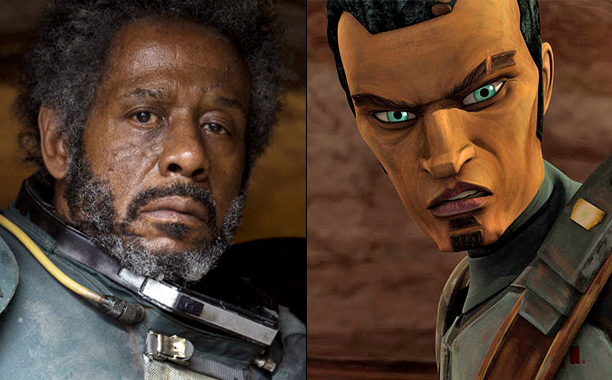