As the world tries to return to normalcy after that brilliant The Force Awakens trailer we’ve got another My Star Wars Moment for you. This one focuses on something we haven’t actually discussed much on Clone Corridor and that is the plethora of Star Wars games that give so many people such happiness. This Moment comes from a good friend of mine, Frank who is one of the first people I tend to discuss most Star Wars news with. Enjoy his Moment below and let him give you a brief introduction to some of the more obscure Star Wars games!

Star Wars is without a doubt one of the biggest cultural phenomena in the world, with a loyal following consisting of millions of fans across the world, including yours truly. For me to pick out one iconic scene or moment would be impossible, so instead I would like to focus on one particular aspect of Star Wars that is often forgotten about, namely the video games that take place in the Star Wars galaxy we all love.

The union of Star Wars and videogames is in many ways a perfect fit. The sheer endless variety of alien races, planets, heroes and villains lend themselves very well for a variety of video game genres, something George Lucas must have realised himself as well, because the very first official Star Wars videogame was realised way back in 1982 on the Atari 2600, two years after the release of Empire Strikes Back.  Of course, by todays standard the game is not much to look at. You play as the pilot of a snowspeeder attacking the AT-ATs during the battle of Hoth…. And that’s the entire game.

From that moment on, dozens of video games based in the Star Wars universe were released, forming an impressive library that today consists of over a hundred video games, released on dozens of consoles and handhelds. Some of these were instant classics, such as the Jedi Knight series, of the more recent Knights of the Old Republic and its sequel. Some were bizarre contraptions that were more confusing then entertaining, such as Yoda Stories or Super Bombad Racing. And some were pure unadulterated garbage, such as the infamous Star Wars Kinect game released just a few years ago, whose main claim of ‘fame’ was a Dance Dance Revolution style mini game in which Han Solo dances to a remix of Solo by Jason Derulo. For those who wish to expose themselves to this horror, follow this link, and please remind yourself that this is an officially licensed product: https://www.youtube.com/watch?v=lg_FoEy8T_A  Or don’t click the link and preserve your sanity, which would probably be for the best. Paraphrasing Admiral Ackbar here; our eyes cannot repel insanity of such magnitude. 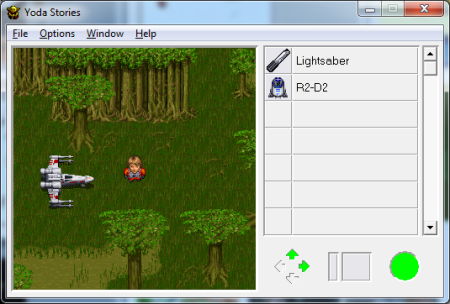 My history with Star Wars videogames began with the game Galactic Battlegrounds, a strategy game that let you take control of almost every major Star Wars faction and pit them in battles against each other. For 6 year-old me this was the most awesome thing ever of course. My enthusiasm was lessened slightly when my mother decided that she would test the game first, to see if the game was not too violent for a wee lad like me. The result? I was allowed to play the game, but on her account, so according to the game the name of the general leading the legions of Stormtroopers was not me, but Mary. Somewhat less awesome.
But I was not to be deterred, and since that time I have played a multitude of Star Wars games, ranging from X-Wing, where you participate in intense dogfights, to Gungan Frontier, where you colonise Naboo’s moon as Obi-wan Kenobi (the game is just as weird as its premise), to The Force Unleashed and of course the Battlefront games. I won’t bore you with my experiences of these games, but suffice to say that these games offer the opportunity to really live the Star Wars universe, in a way the movies or novels are unable to do. And that of course is the charm of videogames.

Yet Star Wars games face an uncertain future nowadays. With Disney’s removal of the Expanded Universe, most if not all upcoming Star Wars games were put on hold indefinitely. The rights to publish Star Wars games were given exclusively to EA games, a company that is not really known for the respect it gives to established franchises. Next month the latest Star Wars game will be released, Battlefront, which will hopefully prove to be a worthy new entry in the library of games. But whatever the future brings, I will always have some of the older games to experience adventures in that well-loved galaxy far, far away.