With the second-half of the final season of “Star Wars: Rebels” only days away and with “Solo: A Star Wars Story” also just around the corner after May 2018 a remarkable gap in Star Wars output will open up … till December 2019. Or won’t it?

You must know what I have come to suspect

In terms of Star Wars content the period we are currently in is incredibly busy. Not only have we just had our 8th episodic film, The Last Jedi, which still has quite a few fans in a rage-filled uproar but has gone on to become the 2017 box-office hit-film globally. But the next Star Wars cinematic outing is so close that it would actually have been possible to put the Solo trailer in front of The Last Jedi showings.

As if all that weren’t enough we are in for a compressed half-season of Rebels in which the arcs of beloved characters such as Zeb, Kanan, Ezra and Sabine are possibly going to be brought to their close while at the same time we might see how Hera and Chopper ended up in Rogue One and Captain Rex in Return of the Jedi.

But after that a remarkable gap opens up because for the following 18 months there is no Star Wars content that we know of until Episode IX hits the cinema’s in December 2019. Now you might say I am turning into a whining fan-boy, but that is not the point I am trying to make. 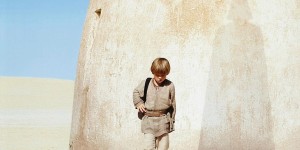 There was about a 3 year hiatus between each of the Original Trilogy films followed by a 16 year wait till the Prequel Trilogy softened only by a few re-issues and the Special Editions. Between the Prequel films the wait was again 3 years like earlier.

Then much to everyone’s surprise 3 years after Revenge of the Sith the Star Wars: The Clone Wars animation film came to the big screen as an extended PR campaign for this magnificent animations series that would stay with us till Spring of 2014 when season 6 aired and completed that series. There had been a one year gap, roughly between the end of Clone Wars season 5 (March 2013) and the airing of the half-season 6 (February 2014).

Evidently this was all due to the Disney take-over. But Lucasfilm now under Disney was eager to restore the momentum and so Star Wars Rebels opened up on out TV screens in October 2014 as

the first new Star Wars content but really only 6 months after we had seen the last content produced under the old regime. Rebels Seasons have typically seen around 14 to 16 episodes, thus significantly shorter than their Clone Wars counterparts which normally spawned 22 to 23 episodes per season. As a result Rebels Seasons typically went on a winter break to cover the October-March period with fewer episodes.

Since December 2015 we have seen annual Star Wars feature films and in 2017 we not only saw The Last Jedi, but also the final season of Rebels started. However there we could already see something oddly ‘compressed’. The first-half of season 4 saw Rebels episodes paired up back to back, aired in double episodes. Sometimes this made sense, such as with the Siege of Mandalore double-episode that were also thematically coupled. 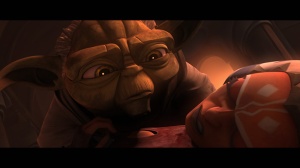 But sometimes the link was far less clear other than that Rebels tells a continuing story in contrast to the much more episodic Clone Wars with its trilogies and quadrilogies of episodes. But it meant that the first-half of Season 4 of Rebels was done and dusted within a matter of 4 weeks.

Now we have Solo coming up in the next 100 days and the second half of season 4 of Rebels is again compressed within essentially three weeks! So October 2017 – May 2018 are probably the busiest and most intense period of Star Wars output ever. But after that it will all suddenly be over … and we’ll enter the longest period of no output in a decade!

Of course we know Star Wars is continuing post Solo and not just because of Episode IX which is already on the books. But it is rather remarkable that we have not heard anything announced for the 18 months till Episode IX.

Sure, Rian Johnson is going to write a new trilogy, but anything appearing from that is at least 3 years away. And yes, the ‘Game of Thrones’ producers have also been signed up to Star Wars projects, but there the writing is not even going to start until GoT-8 is done and dusted. So none of these things can fill the Star Wars void between May 2018 and December 2019.

Now there haven’t been any announcements regarding TV shows, but Disney’s Bob Iger has said as much as that they are working on it. Dave Filoni’s announcement  that he was ‘pulled off Rebels‘ is now already 3 years old but we haven’t seen anything yet of the new projects he probably has been assigned to. Somehow I have the impression there are things about Star Wars they are not telling us.

It can be done

If you look at the Clone Wars Season 6 wrap-up timeline to the start of Rebels that was a mere 18 months. Season 6 of Clone Wars was similarly compressed and was basically put out all at once. Work on Rebels Season 1 was already on its way as we fans were still demanding the release of the unfinished Season 6 of Clone Wars. All this makes me wonder whether after Solo has completed its run in 2018 we might just get an unexpected announcement of a new series starting in fall 2018. They could already be full into the final stages of producing a first season without us even noticing. With the emotional end of Rebels awaiting us, and a new Star Wars Story to debate online, they have a perfect cover that doesn’t even make us ask the question.

I would say: Mind the Gap! I have a feeling that there is a surprise in store for us … and it won’t be 18 months of Star Wars show to keep up our spirits till Episode IX.

One thought on “Mind that Star Wars Gap”