Star Wars celebration is coming to an end and what a celebration it’s been! There were so many amazing panels and highlights which we will cover in upcoming posts. We will be having a look at the Clone Wars panel and of course the upcoming series The Mandalorian!! However one of the main events undeniably was the reveal of a teaser trailer and we finally got a title for the movie. We already had an in depth look into the trailer in our previous article (click here to read that). Now though it is time for me to share my thoughts on the title and what I think or hope it means and what others might think it means.

As per usual the title given to us by J. J. Abrams has split the entire fandom as some love it, some hate it and I am sure there are some that are very impartial to it. Many are speculating as to what the title really means and I have to say this is one of my favourite parts of the experience leading up to the release of a new movie. I will have a quick look at one of my personal favourite theories, which Juliane also touched on already in her article which is the theory of Skywalker standing for a group of people. 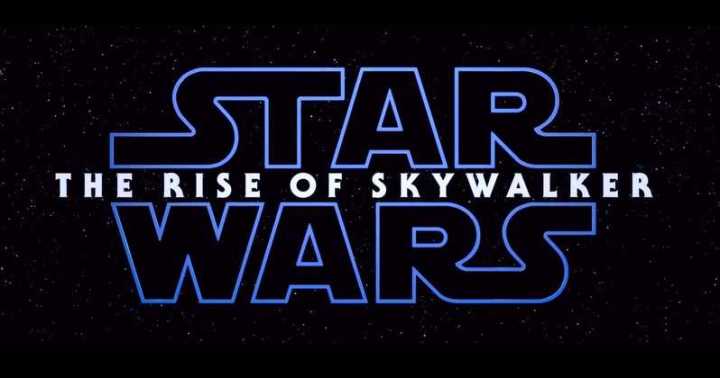 For this theory we first have to look at three specific titles we have previously seen in the Star Wars saga; The revenge of the Sith, The return of the Jedi and The last Jedi. Having seen all of these movies we know that the words Sith and Jedi here were always plural. In ROTS of course the story focuses for the majority on Anakin turning to the dark side and hence looks at solely one Sith master (or the rise of one). However we start the movie with two; Count Dooku and the Emperor and we end the movie with two; Darth Vader and the Emperor.  In return of the Jedi some might say that the Jedi returning is a Skywalker (Luke) as we have previously seen the remnants of the Jedi disappear with the death of Yoda. However for me it was always clear that the title referred to the religion of the Jedi returning as Luke accepts who he is, and not to solely Luke becoming a Jedi. While reading an article I stumbled upon the following; the word ‘Jedi’ is used more and more in society and really “sometimes ~ just refers to a person who is exceptionally skilled at something”. Here we can see that the word Jedi refers to a larger group of people and not necessarily just one specific person, this is something that carries on throughout TLJ during the conversations between Luke and Rey.

This brings us to our new title “The rise of Skywalker”. We see that this follows the same structure of our previous titles and hence this would suggest that Skywalker here in fact refers to a group of people, most likely force users. This would tie in nicely with the end of TLJ which leaves us wanting more as we see, famously dubbed, ‘broom boy’ who is clearly force sensitive. So could it be that in fact Skywalker here refers to a new generation of force users who come together towards the end of the movie? While this goes completely against my personal theory for the title I think it is a very good one and one that definitely has a lot weight to it. I would definitely love for this to be an outcome too and it seems very probable. (However with SW you truly never know until the movie is out, and even then… you still don’t know sometimes).

So on to my personal theory about the title and what I think it could mean! One of the first things I noticed was that the title is clearly written completely in blue which entirely juxtaposes the title of TLJ which was completely in red. The last Jedi ended of course on a slightly sad note as we saw Luke pass on and seemingly Kylo-Ren turn even further towards the dark after killing his own master. I always interpreted the red colour of the title as being a symbol of the hatred within Kylo-Ren towards Luke and everything he stands for. For me the colouring in the title very clearly was linked to Kylo and hence this got me to make the same connection in this new title.

The colour blue in SW has always represented good as it has been the main colour used by most Jedi in their lightsabres. We have seen throughout both TFA and TLJ that while Kylo is set on continuing on his path into the dark side he has had many moments of doubt. Above we see one of these where he is in fact unable to press the button to fire onto Leia’s ship. Of course we saw him turn against his master in TLJ which while in a way is of course nothing new in the Sith however it was clear that the intention behind killing his master was not to become the new ruler of the First Order. We see this as he says;

” It’s time to let old things die. Snoke, Skywalker, the Sith, the Jedi, the Rebels; Let it all die “

He has always carried this doubt of where his place is with him and whether he truly should follow the dark path. His willingness to bring an end to both the Sith and the Jedi to me implies that he is in an extreme struggle with himself and still has not made a clear turn to the dark. This is why my first impulse when seeing the title was to think that the Rise of Skywalker implies the rise of the good within Kylo. While he has always been referred to as a Solo due to his late father Han Solo, he of course also has Skywalker blood running through him through his mother Leia Skywalker. Of course this also includes Anakin Skywalker and hence you could say that the Skywalker name also brings a lot of darkness. However I would argue that the Sith lord that Kylo idolises is Vader, whose actions are  no longer Anakin Skywalker’s but Darth Vader’s. Hence this rise of Skywalker to me implies that Kylo lets the Skywalker side of him come to light and he possibly turns towards the ‘good’ if such a thing still exists. Maybe towards a neutral with Rey as they together start to go on a new path. I know my theory is thin however I would love to hear what you all think!

As previously mentioned we will cover some of the other panels / revelations of Star Wars celebration 2019 so stay with us while we dive more into everything that is coming up in the next year in the SW franchise!