So the trailer is here and a new actor taking up the Han Solo role is here to. What did the trailer tell us about this next and second anthology film? He’s a pilot! Stupid!

The fan-whine siren is loud on the internet again! “This is not my Han Solo” you can hear in many places. So before we look at whether that is the case let us first see what this trailer does tell us about Han Solo and the upcoming film!

The trailer starts out with a chase scene in a landscape we haven’t seen before. Whether that is Corellia, 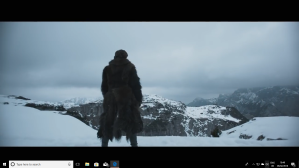 Han’s home world, or another planet we don’t know. But it sets the tone of the movie. This is more Ocean’s Eleven than The Last Jedi. As a voice over we hear Alden Ehrenreich, who was cast as Han Solo, refer to the events of his youth including his expulsion from the Imperial Flight Academy. Interestingly this aspect coincides with what the Expanded Universe held as an origin story. So perhaps this appeases EU fans a little giving them confirmation that these ideas from the, now Legends, EU are still used and drawn upon for the new movies.

Then we cut to a landscape shot which, again with uncertainty, could be Corellia or any other world. But it is noticeably different from the previous one and hence an indication this film will take us across several new additions to the Star Wars universe.

In a brief shot we see a polished and shiny Falcon as we have never seen her before. Then there follows a sequence of shot which indicate this is a ‘form a team for a heist’ kind of movie. It is a string of quick glimpses with pieces of dialogue cleverly put together to generate that impression. We cover at least one of not two more worlds in the process. Perhaps like Rogue One this film too will take us along a string of new worlds.

The final few of the trailer shots suggest a western style showdown at some point in the movie. Because we evidently have no idea yet as to who the villains are and why they are villainous there is little sense of s threat. But it suggests that the Empire in Solo will be ‘back drop’ rather than suppliers of the main villain. That would mean a welcome departure from the standard mode of generating post-prequels Star Wars villains.

The final short sequence in the trailer after the logo for the film has appeared sees the Falcon, now piloted by Han, try to shake off tie’s and a Star Destroyer. I wouldn’t be surprised if perhaps this means that in Solo we might actually get to see something of the Kessel Run. Perhaps not the legendary lap that Han completed in less than 9 parsecs but still, we might see it.

What did I expect for Han?

Going into this trailer I didn’t have any particular expectations. The idea of having an Anthology film focussing on Han never appealed much to me simply because Han never was the character I identified with. I loved the Han Solo in the Original Trilogy for his compassionate cynicism,

the scoundrel with a good heart. Han’s arc in the Original Trilogy had always felt a little forced to me. He has one for sure, and a profound one for his character, as he develop a sense of standing with a community and a family rather than only fending for himself and Chewie. But due to Chewie’s loyalty to Han there was actually never really any doubt that he was ultimately a good guy who would sacrifice himself for whom he loves.

The next time we saw Han was in The Force Awakens. In many ways Han had seemed to have taken a step back … back to smuggling and other rogueish exploits. But on the other hand Chewie was still loyally by his side.

Chewie might owe Han a life debt, so the EU says, but that doesn’t make the Wookie a critique-less fool. No, Chewie’s loyalty to Han is genuine and equally genuine is Han’s towards Chewie. So The Force Awakens basically left us with questions about what makes Han’s character change and tick. In fact Han’s very sacrifice for his son, Ben, is shrouded in similar mystery ultimately.

After seeing the trailer for the first time I was wondering which Han we were seeing here. Was this the romantic scoundrel of Empire Strikes Back? Was it the cynical smuggler

and gun-for-hire of A New Hope? Was it the military leader and at times vulnerable adult man of Return of the Jedi? Or are we dealing with a proto-version of the slightly jaded dealer-and-wheeler who’s not that good at what he does and who’s hidden his compassion deep beneath the surface we see in The Force Awakens?

Which Han do we have here?

After seeing the trailer a handful of times I began to get an idea of who this Han Solo was. There is something about his appearance, his poses and his mannerisms that seemed so incredibly familiar … except that it was none of the above Han Solo’s. Silly enough the first thing I thought when seeing Ehrenreich’s Solo was: ‘Alan Shepard’. Then it clicked via The Right Stuff to “Astronauts” to Apollo 13 to Ron Howard to Solo. Rewatching the trailer a few more times I am now convinced: Ron Howard’s Han Solo is a fly-boy, a pilot and that means … ‘the best pilot in the Galaxy’ of course.

Both in The Right Stuff (by Philip Kauffman) as well as in Ron Howard’s Apollo 13 you find two types of fly-boys. There are the level-headed ones like Gus Grissom and above all Alan Shepard and there are the hot-headed and idealistic ones like John Glenn. The latter can be found in Star Wars too … Poe Dameron. The Han Solo we encounter in the trailer of Solo could just as well have been cast as a crew-member of Apollo 13. So my bet is: this Han Solo is a hotshot pilot of the Alan Shepard type.

Now that makes me, for the first time, excited about a possible arc for Han Solo. Because how does the hot-shot and ambitious pilot turn into the cynical smuggler of A New Hope? I am looking forward to going to see this film!

Now there are already plenty of fans whining on the web how this is not their Han Solo. Fine by me of course but there is one ‘expectation’ I would like to address in particular as it has been ravaging through the fan-community for three decades now.

One YouTube-video discussing the trailer was overflowing with disappointment because this Solo‘s Han was not the ‘mercenary’ from A New Hope, not the guy who shoots first … It always amazes me how people, who effectively only seem to like Episode’s VI and V yet call themselves Star Wars fans, could ever have considered the Han Solo of Star Wars to be someone who shoots people in cold-blood simply because of some prejudice about what they might do? Not only is our Han Solo not a coward of that type (yeah, shooting first is an act of cowardice in ‘below the cantina table’-type situations) but our Han Solo still knows right from wrong despite all his laid on cynicism. If you don’t ‘get’ that then as far as I am concerned you have been seeing very different Star Wars movies than I have since 1977.

The Han Solo of this new and upcoming Star Wars Story is not first and foremost the cynical smuggler, nor the small-time wheeler-and-dealer nor the caring and responsible leader. If Solo were set in the 1960’s Han would be wearing reflective sunglasses and asking every girl “who’s the greatest pilot in the world?” Han Solo is a hotshot pilot and I look forward to seeing how Solo sets the tone for his character-development. Knowing that this film plays perhaps as much as a decade before A New Hope‘s timeline I am excited to see where it will take us.

One thought on “Trailer Review: Solo”