It is unbelievable but it is only 10 days till the Rogue One premiere in the UK!!! The biggest news this week are of course the interviews of the Rogue One cast and director. It includes an interview of Gareth Edwards, Felicity Jones, Diego Luna, Ben Mendelsohn, Mads Mikkelsen, Donnie Yen, Alan Tudyk and Riz Ahmed. Check all of them out on our fellow blog: The Midi-Chlorian Center!

This was an exciting week in the Star Wars World:

We have been keeping up with the new posts here, on Clone Corridor so do check those out if you haven’t yet, especially our non-spoiler review of the CATALYST!

And if you haven’t seen it yet, watch the preview of the Season 3 Episode 9 of Rebels titled ‘An Inside Man’ on the Star Wars channel (it gives us chills):

Our Fan Art of the week is that of a villain, namely Orson Krennic: 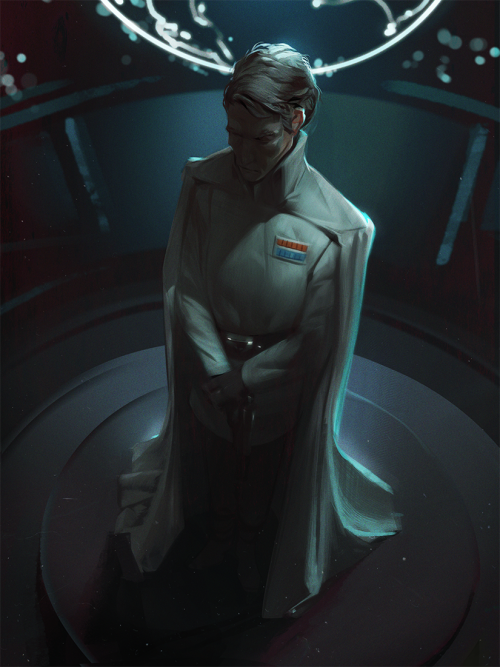 The art was drawn by POWERSIMON. You can find this and the other of his work on Tumblr! We just love how powerfully it depicts Krennic having a thoughtful moment as well as the atmosphere created by the colours! We bet Krennic will gather many more fans after Rogue One and will be shown as one of the wittiest villains in the saga.

Get ready for Rogue One!