I have argued in several places that Rogue One: A Star Wars Story is very much a Prequel-Sequel. This is reflected in the style of establishing shots we’ve seen in the trailers as well as in the thematics of characterizing characters. But also the political controversy is part of Rogue One’s Prequel heritage.

Politics plays a much more visible role in the Prequels than in the Originals. The Original Trilogy is very much about identities and actions that follow from those identities as I argued here. The Prequels however are much more about how choices by characters shape their identities. 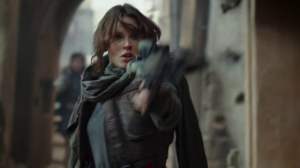 The book Catalyst, which tells the story leading up to Rogue One, highlights this as well, as Julie Witte spotted.

The Prequels were however also significantly more a political commentary on their own times than the Original Trilogy. Not only was Attack of the Clones one of the first movies (2002) after the 9/11 Attacks of 2001 to pick up the themes of how a state under emergency powers can slide away into manipulation and authoritarianism. But Revenge of the Sith (2005) was generally seen to nearly literally quote statements made by the US President in 2003 in his defence of the impending Iraq invasion.

Quotes taken from the recent ‘Rogue One; A Star Wars story’ trailers have in recent days been used in expressing emotions about the Trump presidency [1] and in a spat between the writers of the movie [2] and Trump supporters the writers suggested a reading of their movie as a statement against the Trump campaign. 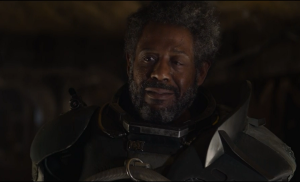 The story-telling in these movies, which is largely visual and musical rather than relying on dialogue, is an example of constructive story-telling [3]. It affects people by shaping and influencing their identities, ethics and moral values. Individuals do not take such stories as just another depiction of some kind of fictional world, a fictional aspect of which they are of course aware, but sharing these stories, engaging in the ‘participative community’ and debating and analysing the moral and ethical content of these stories builds an identity. An identity that likely, as one aspect among many, also affects the choices that these individuals make and perhaps even in the ballot box.

Like Harry Potter and Lord of the Rings, Star Wars sits comfortably in the Fantasy genre rather than in the Science Fiction genre and is often viewed as an exercise in escapism. However despite, or perhaps because of, its use of elaborate literary devices of mythic story-telling such as the Ring Composition it speaks to, and about, the world we experience around us.

In recent weeks this is illustrated by the many tweets connecting Brexit, Article.50 and the Star Wars scene of ‘Order 66’ [4] and the recalling of the ‘So this is how liberty dies’ quote from Star Wars Episode III in tweets regarding the Trump election [5]. In Star Wars, ever since the Prequels, the real world is always just around the corner. 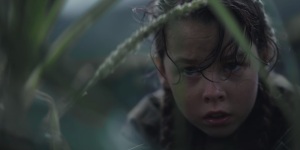 To some this may sound a rather outlandish use for a product of popcorn entertainment … well I can only quote Master Yoda in reply to that: “You must unlearn, what you have learned.”

Some Sources you can check

4 thoughts on “Brexit, Trump and Rogue One”