The second half of the season finale packs quite a few punches! A great conclusion to what has been a thrilling first season. Let’s discuss! (Spoilers from the start!)

Where we left off

We ended the first half of this season’s finale right at the moment where Kaz witnesses the destruction of his home world, Hosnian Prime 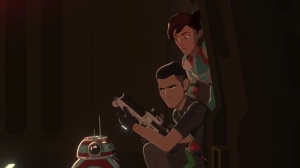 , by the Starkiller base weapon. This episode gives us a call back to that, shot from slightly different angles and (was my impression) slightly different character motions. Of possible this second take on that moment was even more impactful than the end of the previous episode. A great way to get us right back into the emotion of the moment.

There is little time to grieve for Kaz. Their mission to free Tam, Yeager and Captain Doza demands their full attention. In a way I thought that was very appropriate. Despite the devastating impact for Kaz of what he just witnessed, it would be to much to take in and process on the spot. Instead it increases his determination to get the better of the First Order.

They quickly locate Captain Doza and Yeager and free them from their cell. This gives one more brief moment to reflect on what just happened. 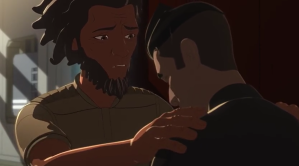 It is a good short moment with Yeager. And it seems as if you can read in Yeager’s eyes that his Rebel Alliance and Death Star experiences make him aware of what it means that Kaz tells him about Hosnian Prime’s fate.

Kaz and Tora inform them about their plan to save the Colossus using the ship’s hyperdrive and Tora’s father and Yeager decide to make their way to the control center of the ship in the tower. 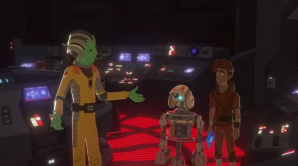 Kaz, Tora and Niku execute a  plan to ‘flush out’ the remaining First Order troopers off the station which makes for a bit of light-hearted comedy and appropriate satisfaction in terms of vengeance. As the mission to save the Colossus progresses beautifully it slowly mutes into a mission to save Tam, who is still held by the First Order.

As could have been expected from the build-up, Tam faces a choice between her old friends who lied to her and hid crucial knowledge about themselves from her, 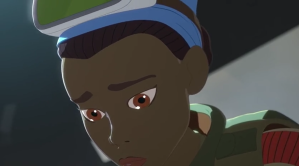 or her new ‘friends’ from the First Order. What is well done is that at no point do the First Order officers and troops make clear what might happens to the Colossus in case Kaz and friends don’t surrender. So she chooses based entirely only on her own experience of the past three episodes. Her conclusions are understandable but nevertheless unfortunate. It adds another sense of loss to the end of the episode.

Fight to fight another time

With a First Order Star Destroyer appearing in the skies over the Colossus and the remaining officers and troops evacuating the station it is clear Kaz and friends have another fight on their hands.

What follows is probably the best dog-fight sequence of the series. A worthy final set-piece to end the first season and also a final moment where all the Aces prove their worth in combat. When things get tight for Kaz the Pirate sub-plot gets a satisfying tie in and as the Colossus is about to jump into hyperspace he performs a feat worthy of a great pilot, before ‘dump-landing’ his fighter in Poe-Dameron style from The Last Jedi.

It is a good moment on which the season ends. A reminder of how sometimes clumsiness can be a saving grace. 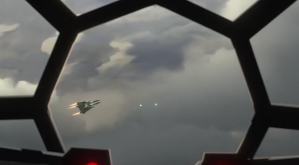 Our friends on the Colossus don’t know that yet … but we as viewers know that Niku’s mistake prevents their escape from the frying pan leading them into the fire.

I can’t wait to see the new season’s trailer in probably 3 weeks from now at Star Wars Celebration. It all suggest to me hat seasons 2 can kick off where The Last Jedi has ended and that as a result Season 2 of Star Wars: Resistance is without doubt going to shed some light on the period between Episodes VIII and IX. 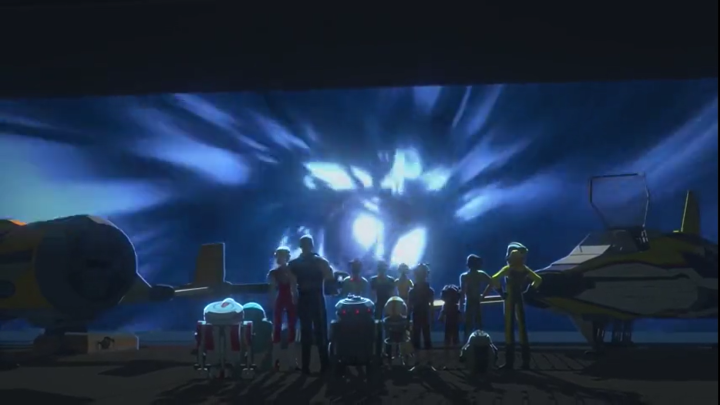