Still thinking how to put the remaining few hours of the weekend to use? Wipe that nervous expression of your faces, guys, because we have prepared a few gems from the past week in Star Wars news and, of course, our own page for you to dig into! This week has been a blast, so without further introductions, let’s look at what happened:

On Clone Corridor we were wiped out and born again after seeing the Mid-Season 4 trailer for the Star Wars Rebels! This is going to be the last season of Rebels ever and there was so much in that trailer that we could not keep it to ourselves. So we think that you should read our thoughts in our review (warning *contains spoilers*):

You just have to catch-up with all the Rebels Season 4 before it airs again on Febuary 19th, so our previous reviews might be of help:

We also had a much-anticipated guest post this week:

The fate of our favourite Characters becomes very uncertain, but we are hoping to see how Ezra Bridger will ‘bridge’ (we do believe he has a name that speaks for itself) the two worlds in his one final lesson! That is why our fanart of the week reminds us about that and is called ‘Twin Suns Twin Moons’ by revelinrebels, whom you can follow on Tumblr: 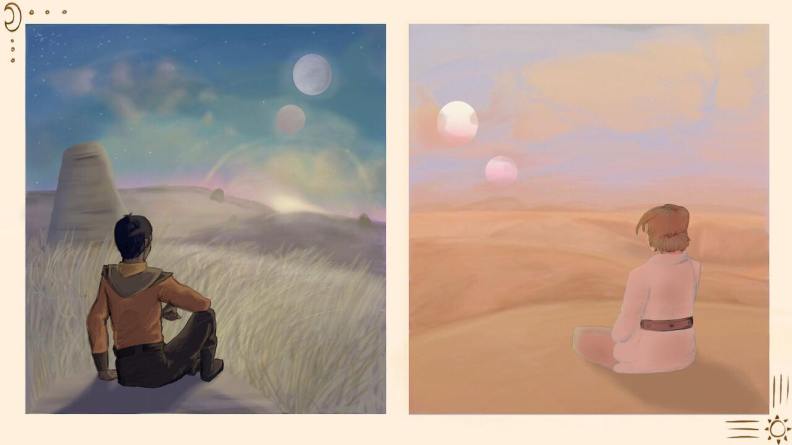 Of course we didn’t miss on any prominent news from the SW world, so here they are:

Our heads are spinning as well from ALL that is happening in the SW world!