In the previous instalments of this series of Star Wars’ Forgotten Women we have discussed Zam Wessel , Shmi Skywalker and Padme’s Handmaidens. 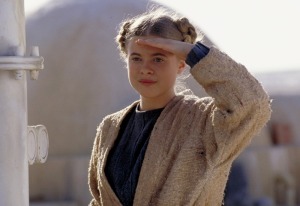 Zam is clearly a fully engaged woman living a life on the criminal edge and Shmi is a strong woman who manages the careful balance of defeating the resignation of a slave’s life on the one hand while keeping the temptation of futile all-or-nothing insurrection at bay. And while the handmaidens project female power, potential and a degree of monastic vigilance the character of this episode, Beru Whitesun, blends all these aspects into a quiet and withdrawn but no less influential melange.

Another mother of another Skywalker

Shmi Skywalker awaits her chance at happiness in the solemn hope that day may yet come. As the mother of 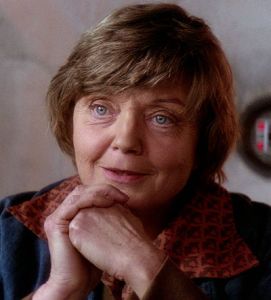 Anakin her nourishing, resilient and persistent character is of fundamental importance to the Saga and, evidently, to her son who has lost all other anchors in life. We do not see much of their interactions, but what we see is more than enough to establish that. With Beru Whitesun that is no different. We also do not see a lot of her, but what we see will tell us a lot.

Chronologically the first we ever saw Beru on screen was in A New Hope. There she is a mature woman who knows how life works. In all of the shots with Owen she radiates a confidence that suggests she even knows Owen better than he knows himself. By the time of A New Hope, Owen Lars is worn out and frustrated. Beru still has that same nourishing kindness of her youth, that same persistent strength that does not need to shout out in order to be heard. Yet at no moment does Beru appear subservient to anyone. Although clearly not a slave, she shares with Shmi that same capacity to support, facilitate and nurture without seeming to support, facilitate and nurture. The growth of the other is not a service of Shmi to Anakin, nor of Beru to Luke. Rather these women have their own destinies, in which their sons are allowed to play a part. What struck me as crucial in al those year is how explicitly Beru calls Luke by his name. It is just one more sign how much she knows him … as if we would need any more proof after her look at Owen over the lunch table just after Luke has left annoyed by his uncle’s demands.

Her own eyes on the World

Beru likes to observe, you can see that in almost any scene. Whether she prepares lunch, as in A New Hope or fetches drinks as in Attack of the Clones, she even seems to slightly observe herself while she is doing it.

But when we first see her in Attack of the Clones her gaze is fixed on Anakin. In the shot Anakin talks to Lars and these two men just look at each other. There are so many movies where in such shots a ‘speechless woman’ would be depicted as looking at her own man rather than at the other. But Beru has her own eyes on the World. She only looks at her fiancé when he introduces her to Anakin. This happens again when Shmi’s funeral is disrupted by R2 plunging in on it. Although the camera centers on Padme’s response to R2’s arrival it is delightful to see how Beru also immediately looks at R2 but then … brilliantly in that moment … throws this brief glance at Padme. 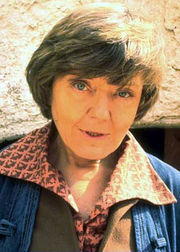 of actors. So there is little doubt that George Lucas will not have told his female actors playing Beru to act like this or like that. But in the editing and cutting process such minute details will not have eluded him. Beru is a character whose strength need not be illustrated by epic dialogue or martial arts or the sacrifice of a son for a higher purpose. Her strength is in the genuine smile, the small healing gesture and the calm perseverance of her wisdom. In Shmi’s funeral scene Beru’s eyes constantly shift from Shmi’s grave, to Clieg, to Anakin and to the grave again. It is a wordless way of expressing that she is perfectly aware of what is going on.

Now you might be thinking that I am over interpreting what are just fleeting moments in the performance of an actress, milliseconds shaped by how accurate the director decided to place a cut. But I think these seemingly random occurrences in the depiction of Beru Whitesun are anything but coincidental because of her role in what might be the single most important scene in the saga.

A Carrier of Hope

The final few moments of Revenge of the Sith start out with Padme’s funeral. This is where the tone of the music changes, where all the dialogue of Star Wars stops and where it is all music, images, sounds and gestures. It is not a stretch to say: these remaining 3 minutes are film exactly as George Lucas wants film to be.

As we follow the procession of Padme’s funeral something that always strikes me is the dominance of females in the images. Not exclusively, but in the crowds along the roads, the cuts to Padme’s parents (her mother being closest to the viewer), to the queen, to Padme’s little sister, to Jar Jar and a hand maiden (Jar Jar walks in front of Boss Nass) and back to Padme. It is evident that what is buried here is not just a mother, a daughter, a sister and a female friend. But something deeply feminine (and diverse in every way) has been lost from the Galaxy.

Then the cut to Darth Vader and an exclusively male (and singularly white and human) environment. Even the manner in which Tarkin turns away from Vader and Palpatine has a deeply disturbingly fitting flair to it. Then we cut to, again a male, Bail delivering the babygirl Leia to his wife and her foster mother. Bail’s embrace of both mother and child signals an inclusiveness that in the previous images had been harshly replaced.

Then we cut to Kenobi, again a male bringing a baby to a woman, and Beru in her typical motion of coming out of the homestead. This woman is not waiting to be given her baby, she is coming to get it. When she has Luke in her hands she turns and leaves Obi Wan which is another motion emphasizing her active role as carrier of this new hope. But the best shot is when she joins Owen. He looks at the baby, then looks at her and again looks at the baby. But Beru Whitesun looks into the setting sun, with what is probably her most self-assured and determined look on her face in all three films in which she appears. And in the final shot she even slightly readjusts her posture signalling that she is the one facing the future, the carrier of this new hope and she fully comprehends what that means.

Anakin’s journey in life takes a dramatic turn at the death of Shmi. The death of Beru will not inflict less of a change on Luke’s. Although we customarily see Luke as the embodiment of A New Hope the closing imagery of Return of the Sith strongly suggests that his new hope is what is passed on from Shmi and Padme through Beru to Luke.