Clone Corridor thoroughly enjoys fans of Star Wars share their moments of fan bliss with our readers. In this edition of My Star Wars Moment I am very happy we have a moment from Lazy Padawan who is a prolific poster and author on her Prequel Appreciation Society blog and you should definitely check out her excellent post on Sir Christopher Lee as soon as possible.

“There was a time when I was the only Star Wars fan that I knew. During that long dark night known among older Star Wars fans as the Dark Ages between 1986 and 1991, 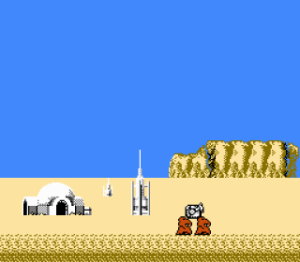 not only did it seem the pop culture juggernaut had faded into the background, its fans seemed to have as well.

Star Wars started to resurface in dribs and drabs until the Force reasserted itself in the early ‘90s, first with the publication of “Heir To The Empire” in the spring of 1991, then with the first issue of “Dark Empire” in December of that year. I’d already started sending for and reading fanzines, which brought me in contact with a few other fans. But it wasn’t until January 1993 that I realized just how many people still carried a torch for the saga.

In the wake of the success Dark Horse Comics had with “Dark Empire,” it had begun to republish colorized versions of the old Star Wars comic strips by Archie Goodwin and Al Williamson under the title “Classic Star Wars.” 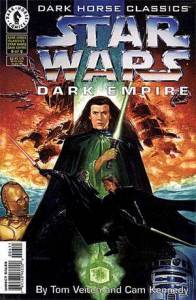 I’d written in to the letter column in late 1992 and I’d received a postcard from the former editor of the series. She was thrilled to have female comics readers and had written to say thanks and to keep up my interest in comics. Imagine my surprise when a short time later I found my missive in the lettercol of the next issue!

Back then, comics routinely ran the reader’s full address in the lettercol section. Something I said in that letter must’ve struck a note because within days I got cards and letters from people all over the world, of all ages and backgrounds, some of which I am in touch with to this very day. I even got random phone calls from fans. I had to admit, that was a little strange!

That letter ended up not only kindling several friendships that lasted for years, it also was the catalyst for forming a fanzine I co-published with another fan (who had written in and who caught my attention by having the same taste in music and films I did) for the next seven years. It was called Blue Harvest and our first issue came out later that year. In the pre-internet days of fandom, zines still carried the bulk of fan fiction, fan art, and fan discussion. The internet was new, fairly slow, and not quite where it is today until the launch of the world wide web in 1995.

In those seven years we helped launch careers of people who eventually went on to write or create art professionally, some for Lucasfilm.

So sometimes a small thing like writing a letter in response to a comic book can lead to things you never anticipated. Kind of like what happens repeatedly in the saga itself.”

2 thoughts on “My Star Wars Moment #5: A small thing can lead to things you never anticipated”