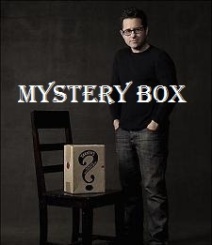 We’ve decided that it’s time for a new series of posts: Mystery Box! In a 2007 TED talk J.J. Abrams enthused about his Mystery Box, a magic box he never opened and symbolized, to him, the beauty of mystery. In these posts we will be opening the mystery box that is the Star Wars universe! Here we’ll show you deleted scenes, background details and other trivia you might never have seen before. And trust us, this won’t strip Star Wars of its magic or mystery, rather it will add to it.

Today I’ve chosen to look at one of my favourite deleted scenes from The Attack of the Clones, which I think is so brilliant I am almost mad at George Lucas for not including. Almost.  Before I reveal the scene, I think it’s interesting to consider the status of these deleted scenes, of which there are many. Since they’re not technically part of the films they are technically not canon. As such they are perfect material for Mystery Box. They slightly lift the veil on what happens behind the scenes we see, but don’t give us anything certain or factual. The deleted scene today focuses on Padmé Amidala’s response to the attack on her life. I could only find this scene separately with subtitles.

This scene would, supposedly, have taken place relatively near the beginning of the film since Padmé references the attack on her life as occurring less than an hour ago. This scene starts of brilliantly. As Palpatine and the senators of Malastare seem to plod through their diplomacy, Padmé’s voice comes in beautifully from off-screen. Her line ‘My noble colleagues’ is both polite and biting. As they sit and argue, Padmé was the victim of an assassination attempt due to her active campaigning against the Military Creation Act. What is fascinating and revealing about Padmé’s speech is that it hardly focuses on her at all. Although she acknowledges herself as target, she does not get caught up in it. Padmé shows here why she is such a strong politician. She seizes this opportunity to show the horror that war could cause. Not only does she highlight the sacrifice of others but also how these violent actions are related to the choices made in the Senate. 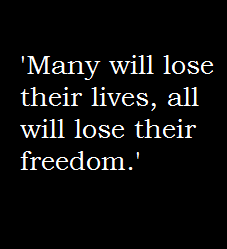 hroughout The Phantom Menace and The Attack of the Clones the Separatist threat can feel very far away from Coruscant, which both shows the weak role of the Senate but can also make the danger of the Separatist movement seem small. Padmé manages to bring the danger of the war to the Senate, holding an impassioned speech and managing to shift the tone of the conversation. Rather than allowing this violence to be a trigger to start a war, Padmé wants to assure that the Senate understands these are the consequences of their own choices and actions. This is one of the few moments of true accountability which we see the Senate have.

What Padmé brings up here is an incredibly interesting debate which is still relevant. To what extent has the violence which Western Europe and America have perpetrated in the Middle East made them responsible for the rise of groups such as I.S. etc.? Star Wars has never shied away from commenting on and criticizing current world events and the presence of the Senate only added to this. I always found Padmé’s strong political presence incredibly inspiring as a young girl because it showed that a woman is just as capable as a man. Clearly Padmé’s step “down” from being a Queen hasn’t led to her being less influential or important but rather has brought her right to the centre of power.

With this speech Padmé namely shows herself to be a danger to Palpatine’s plans, something that is clear to see on his face. His plans were running smoothly, the Senate was under his control and the Military Creation Act as good as passed. And along comes Padmé Amidala, who by all intents and purposes was supposed to be dead, and ruins his plans with her speeches and conviction. In the Prequel films it is often hinted at that Padmé is a strong politician figure, especially in The Phantom Menace during her address to the Senate. This becomes less visible in the following two films where these scenes have to make place for the plot and this scene would probably also have halted the story-telling in AotC. However, as a glimpse behind the story, this scene adds a lot to Padmé’s character which, I believe, suffered the most by what was cut both from AotC and The Revenge of the Sith. She becomes another obstacle for Palpatine and her death becomes necessary to the success of his plan.

This scene is a truly great example of how by digging into the Star Wars Mystery Box one can find gems that add to the depth of the Saga. Had you seen this Deleted Scene before? What do you think of it?

9 thoughts on “Mystery Box #1: Padmé and the Senate (Deleted Scene)”